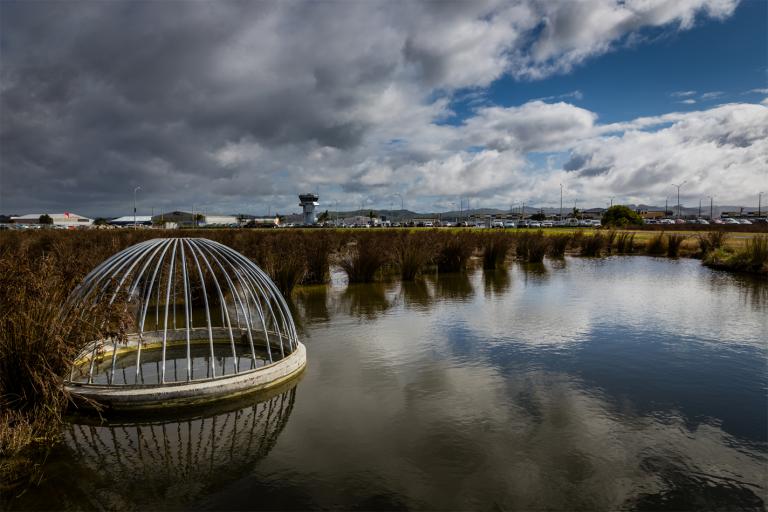 Hawke’s Bay Airport has added a bold new target to its environmental ambitions, announcing plans to be carbon neutral by 2030.

CEO Stuart Ainslie says the organisation is keen to do what it can to reduce the impacts of climate change and is confident they can reach their goal.

“We want to be New Zealand’s most sustainable airport and to that end, putting a line in the sand on our carbon emissions is a powerful tool.”

The new goal will see the airport working hard to reduce and offset scope 1 and 2 emissions – those from sources the company owns or controls, like vehicles and generators, and those generated by direct purchases, such as electricity.

Emissions have been below 50 tonnes a year for the past three years, a figure that’s relatively low compared to other infrastructure organisations.

“We’ve already been able to reduce our average emissions per passenger by 12%, using the 2016-2019 period as a baseline, but we know there’s more we can do. We have a decarbonisation plan in place and have identified nearly 40 initiatives that will make a concrete difference to our emissions.”

‘’A number of these initiatives are already underway – we’ve introduced electric and hybrid vehicles into our operational fleet, we’re opening a bicycle hub onsite, and we’ve switched to 100% renewable carboNZero-certified energy from Ecotricity.”

Also on the cards are upgrading carpark lighting to LED or solar lighting, installing EV charging stations, and incorporating a range of energy efficient fittings into the new terminal building.

“We’re working hard to integrate sustainable solutions right across our operations, but we’re also looking at some big, out-of-the box solutions to our challenges – our investigation into the feasibility of a solar farm is a great example of that.”

“Maybe there’s an opportunity to do something cutting edge like emission-free ground services or supplying electric power solutions. We don’t yet know what form that will take, but we’re open to all discussions.”

“It shows we’ve made some strong progress already. There’s a lot more to be done before we can reach that net zero target, but we have a unique opportunity to set the tone now for any future developments and to entrench sustainability in everything we do.”