Works will commence on a major upgrade to Hawke’s Bay Airport’s carpark on Monday (September 30). The project will include the introduction of new access-controlled technology so drivers can pay from their vehicles as they exit, instead of having to validate their cards at payment machines.

Hawke’s Bay Airport’s chief executive Stuart Ainslie said along with the new payment options, improvements will also be made to the carpark’s design and layout which will make it easier to find a park and reduce congestion.

“We will see a far better distribution of cars across the carpark, so that parking is spread more evenly throughout the available space. The upgrade will improve efficiency, traffic flow and safety.”

Mr Ainslie said he was pleased to announce contracting firm Higgins would be commencing work on Monday. The project would be staged to minimise disruption to travellers with completion scheduled for early December.

The scope includes a new roundabout along with the construction of dual entry and exit lanes directly into the carpark. There will also be improvements to wayfinding and a host of other refinements.

To create additional capacity, 45 rental carparks will be relocated to the north of the terminal. The new access control and payment technology was procured via a public tender process and is sourced from German company Schedit & Bauchmann who supply solutions for airports around the world. Along with the new payment options there will continue to be payment machines available for those customers who wish to pay with cash or require a receipt.

“It’s exciting to see work progressing, the second stage of the Airport’s terminal redevelopment will be completed next month so there is a lot happening.” 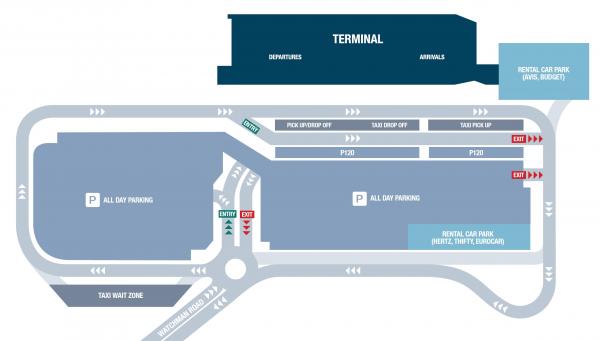