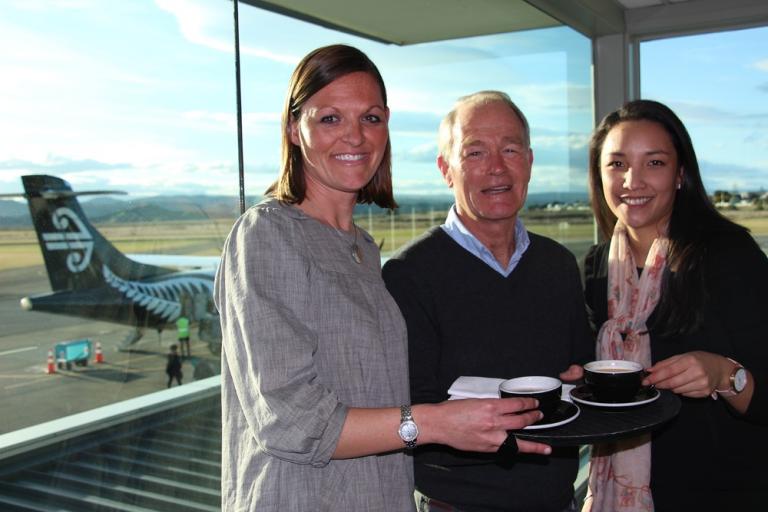 The appointment of Orton Tailored Cuisine represents a new direction for the Airport Company as it plans to embark on a multi-million dollar terminal expansion that will showcase the region to its growing 470,000 annual passengers as the gateway to Hawke’s Bay.

The Airport company’s Aeronautical and Infrastructure Manager Olivia Pierre said Orton Tailored Cuisine was selected from 16 café operators following a robust tender process, including a high caliber shortlist of operators being interviewed by a panel of food experts.

“The company’s managing director Sam Orton brings a wealth of hospitality experience and together with his team has earned a very respected reputation for delivering food excellence. We are delighted to welcome his team on board,” Ms Pierre said.

Mr Orton said the Airport opportunity added an exciting bow to his established core business of wedding and events catering, along with running the Blackbarn Bistro in Havelock North.

“This new venture will see us employ eight new full-time staff who will be based at the Airport
We will be looking for friendly, knowledgeable people who will share our commitment to quality, they will be great ambassadors not only for our business but also for our region., he said.

“After 33 years in the food service industry, we have reached an exciting time where we can diversify and grow, while remaining fully committed to our catering roots. When you are able to look at new opportunities and employ new people, it makes all the hard work worth it.

Mr Orton said the Airport opportunity would offer an affordable café style menu, along with take-home ready meals for busy travellers and expand into an emporium retail offering with a full selection of Hawke’s Bay produce as the terminal project was completed.

“We will be doing our best to showcase the very best product our region offers,” he said.

The Airport went to the market when its contract with Spotless Services ended in October last year.

Ms Pierre said Spotless Services had run the café at the airport for more than a decade, it was important to recognise the dedication of the company’s long-term service and to publicly thank the company and its team for their valued work and contribution.

Orton Tailored Cuisine will start on Monday 19th of October 2015.