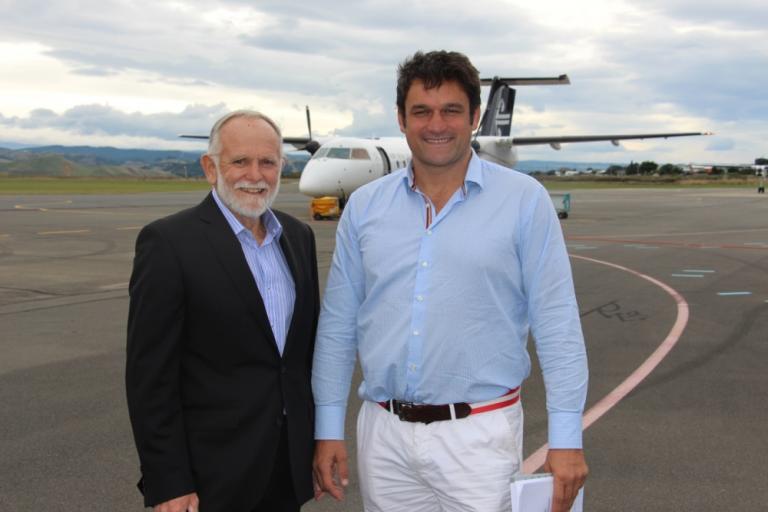 Mr Randell, a former All Black captain, has forged a successful career since returning to Hawke’s Bay from the United Kingdom in 2008. He replaces Stuart Webster, who resigned in late 2014, as the Crown appointed director.

He is also actively involved in the community as a board member of Hawke’s Bay Rugby Union and U-Turn Trust, which provides significant social services in Flaxmere.

Hawke’s Bay Airport chairman Tony Porter welcomed the appointment of Mr Randell, a local leader, who has commercial experience, which is well balanced with his local knowledge and genuine vision for the economic growth of the Airport and the region.

“We are very happy that the Crown has chosen a local identity to represent its shareholding interests in a regional infrastructure asset. Taine brings Mana to the company as well as business acumen.

“The board is well balanced and equipped for the many exciting developments ahead as we look towards further success and growth at the Airport,” said Mr Porter.

Mr Randell, who applied for the vacant board position late last year, is impressed with the financial position of the Airport and also the Company and shareholders’ aspirations for continued passenger growth and redevelopment plans for the terminal and other facilities.

“There are challenges ahead but the Airport is regarded as one of the best performing regional airports in New Zealand.

“As the Crown representative I will be focused on their outcomes as well as a Hawke’s Bay perspective and ensuring the airport delivers exceptional services for the wider community.

As well as Mr Randell, the Crown has reappointed Jim Scotland for a further term.